Since the longer version of this making-of is only available in German, I decided to write a short one in English, too. Of course, you can always look at the other version, because there you will find an huge amount of photos and details. You simply have to change the language in the upper left corner.

My Elder Scrolls Online character worked as an inspiration for this huge project. She is a Breton, but mainly wears armour made in a Bosmer style. 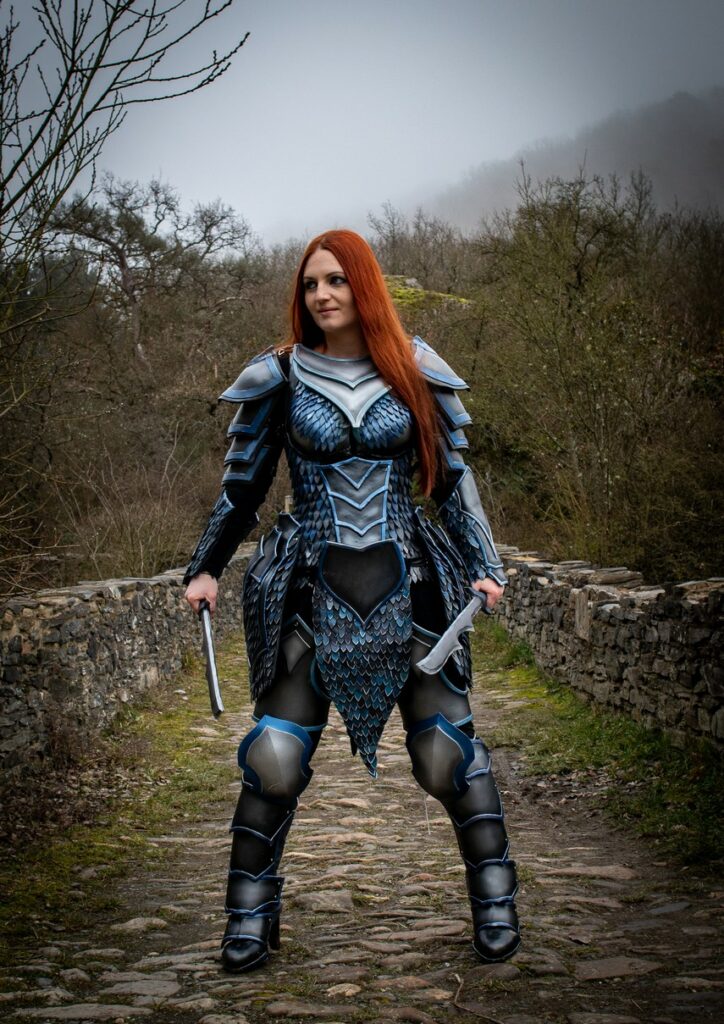 To start with, I created a corset-like structure with boning, lacing and a closure at the front.

Both closures are hidden away with the help of two armour plates that can be attached with Velcro tape. 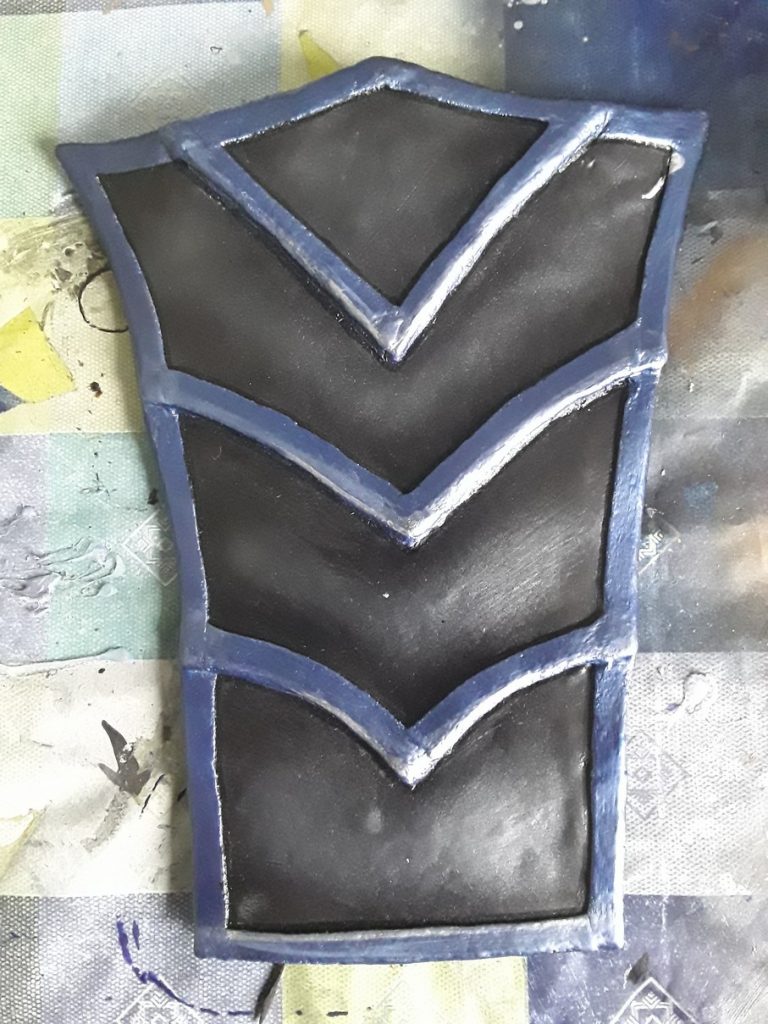 Further, cups made of Foam and Worbla were added to the upper part of the main pieces. Nearly the complete torso was covered in scales afterwards. I had to produce every single one in various steps (heat-sealing, priming with Flexbond, adding several layers of Vallejo colors). Therefore, I could both use an airbrush and several brushes. 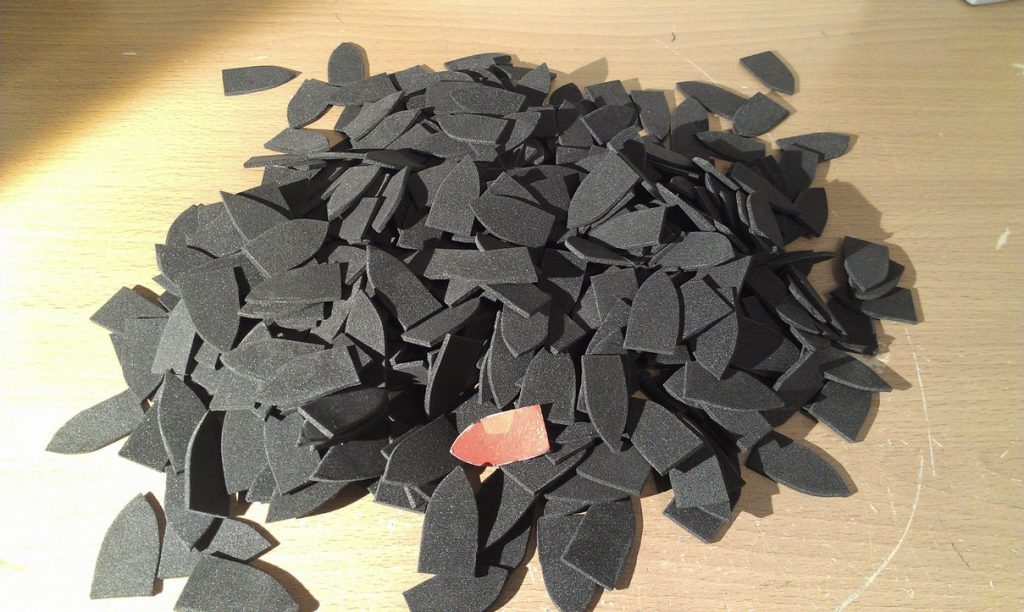 However, the Worbla pieces were not primed with Flexbond, but with simple woodglue, because the layers can be sanded easily afterwards. 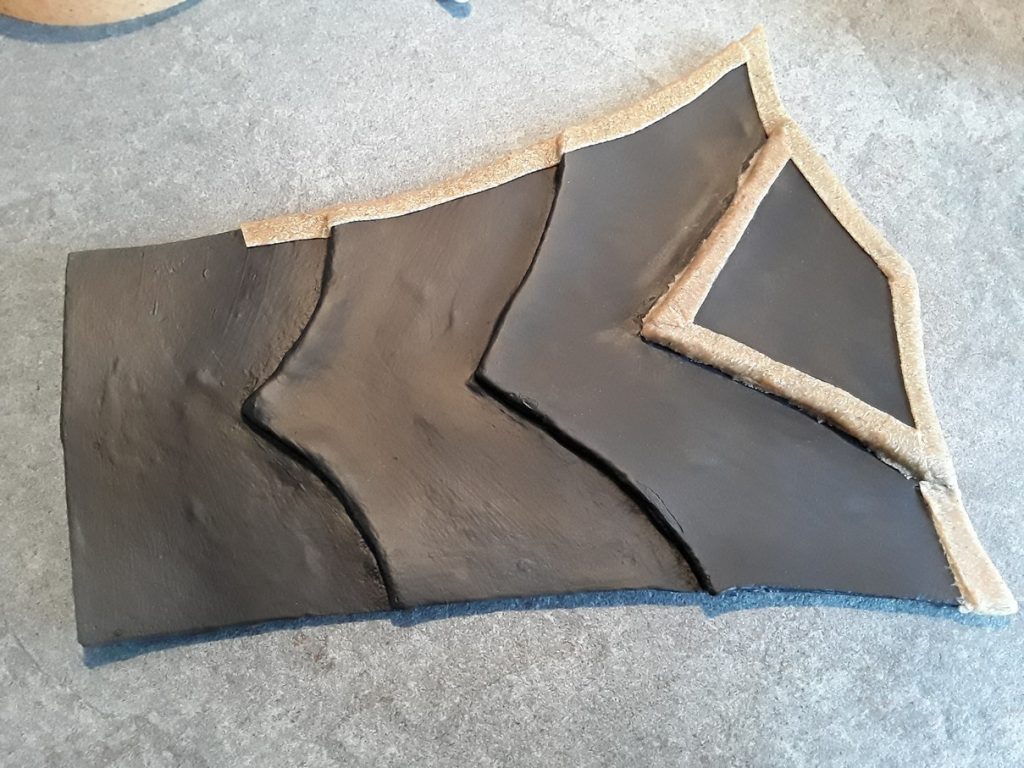 In the next step, they were painted. I added some details with a small brush.

Often, the several pieces of the armours are constructed by both using EVA foam and Worbla. Therefore, I could easily create a 3d look while it was very lightweight. 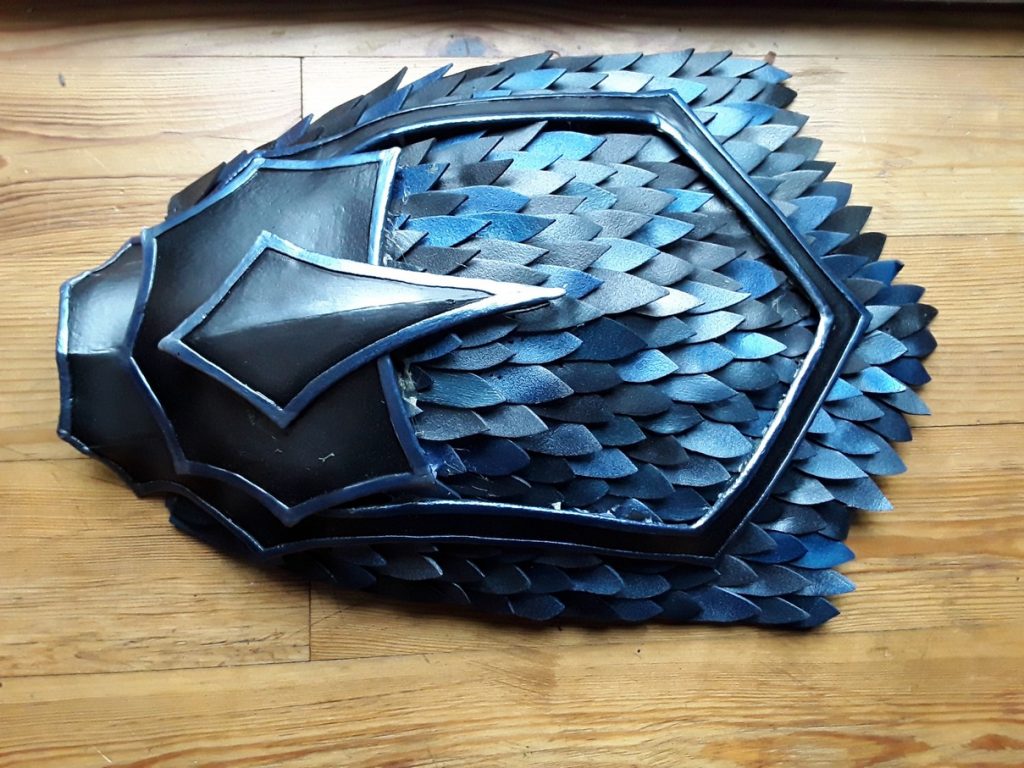 Between this plates located at the sides, some more pieces were added in the front and back of the hip. 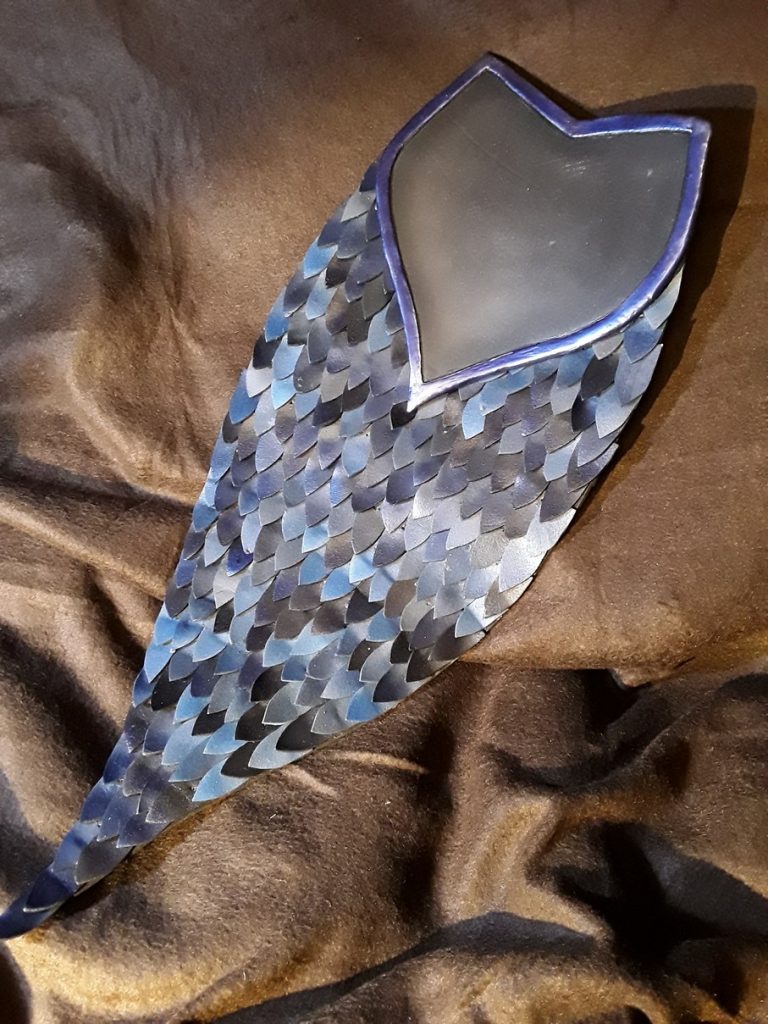 The parts protecting the arms are divided, too. While the upper part and the shoulder are covered in four pieces, they are only attached to each other at a minimum to ensure the ease of movement. Further, two pairs of strips hold them in place. 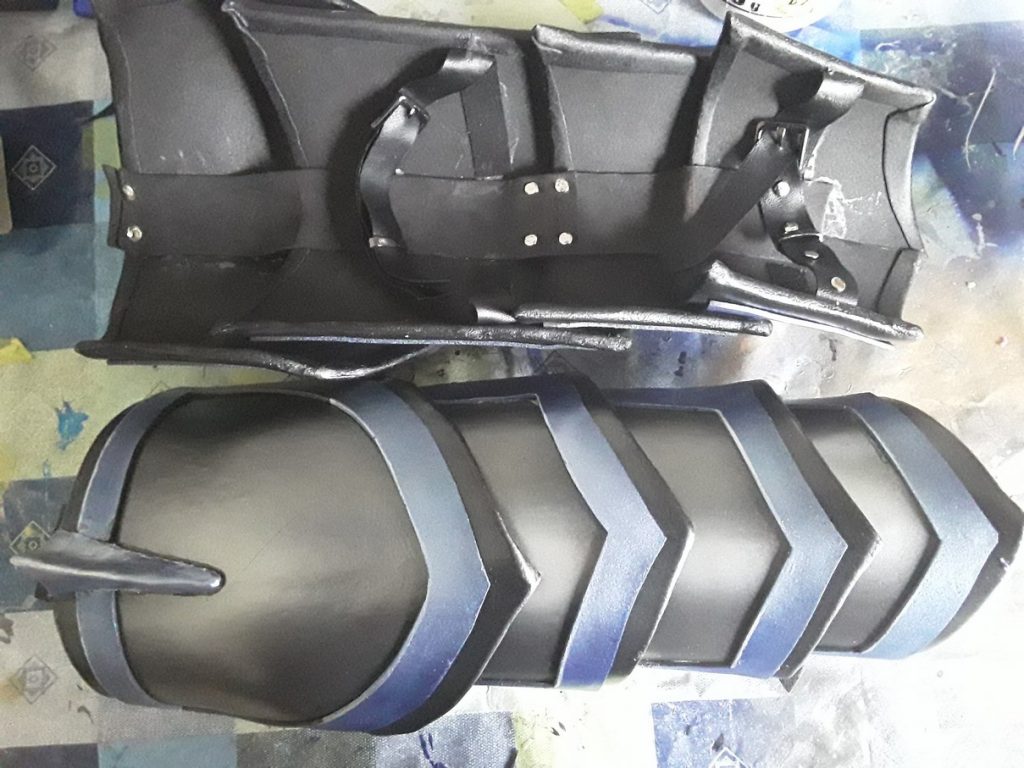 Parallel to these, I created a pair of bracers that can be laced up, to protect the lower part.

Next I would like to draw your attention to the boots. To be honest, they are only meant to be bootcovers that can be worn over the shoes. Therefore, there is not any pressure on the armour plates. 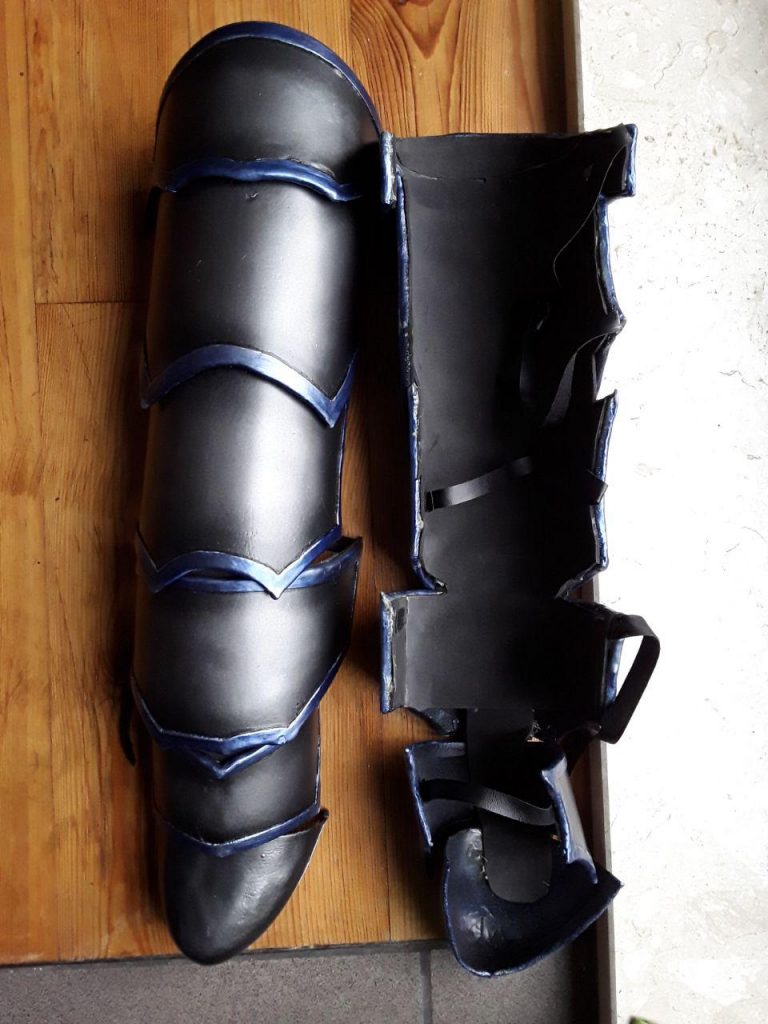 In addition, I created a pair of blades to go with the outfit. They are very short swords made of foam with a small wooden piece on the inside. 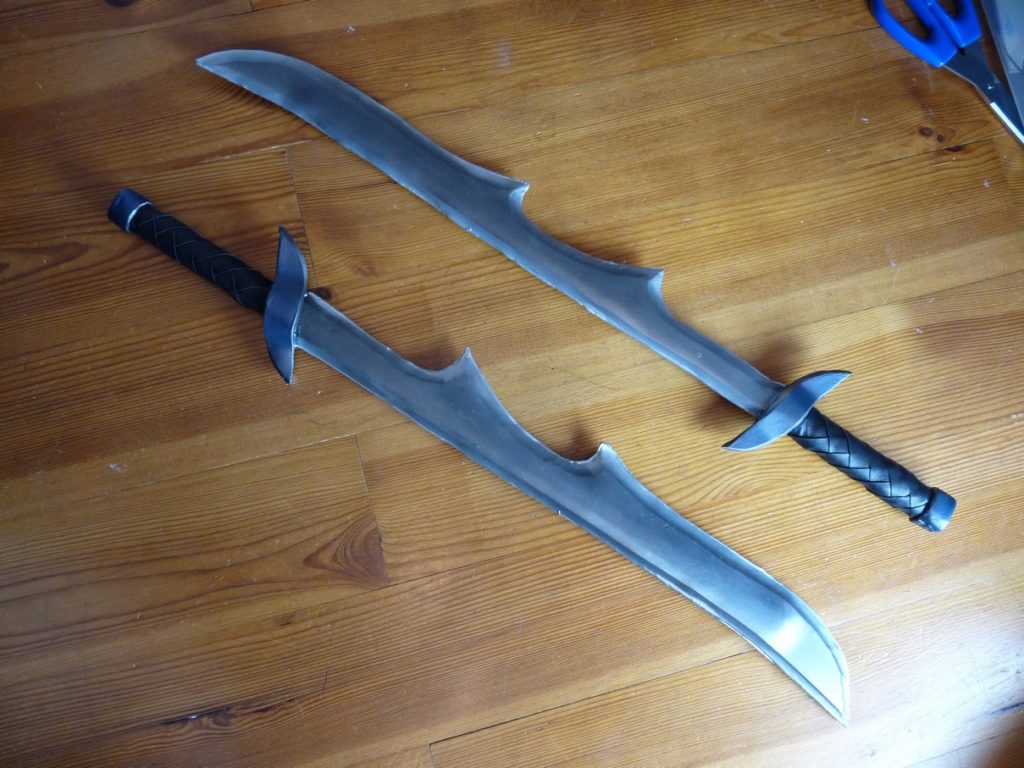 To sum it up, I put about four or five months of work and about two hundred dollars into this project, but since it is my first big one involving Worbla and EVA foam, I am very happy on how it turned out. 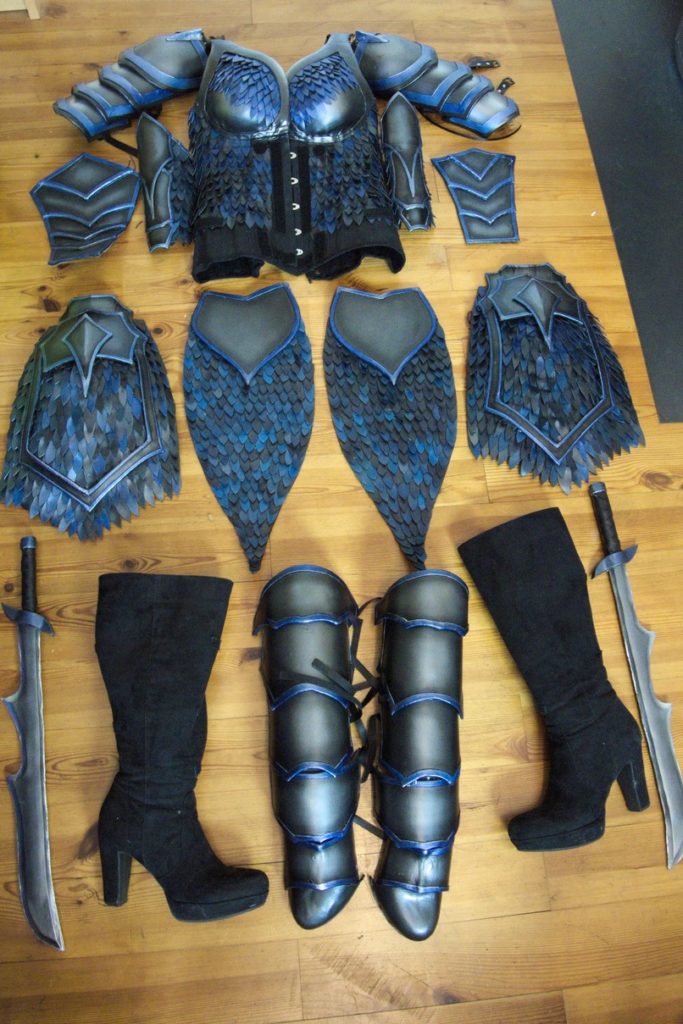 Later, I added another plate to be worn on top of my leg. 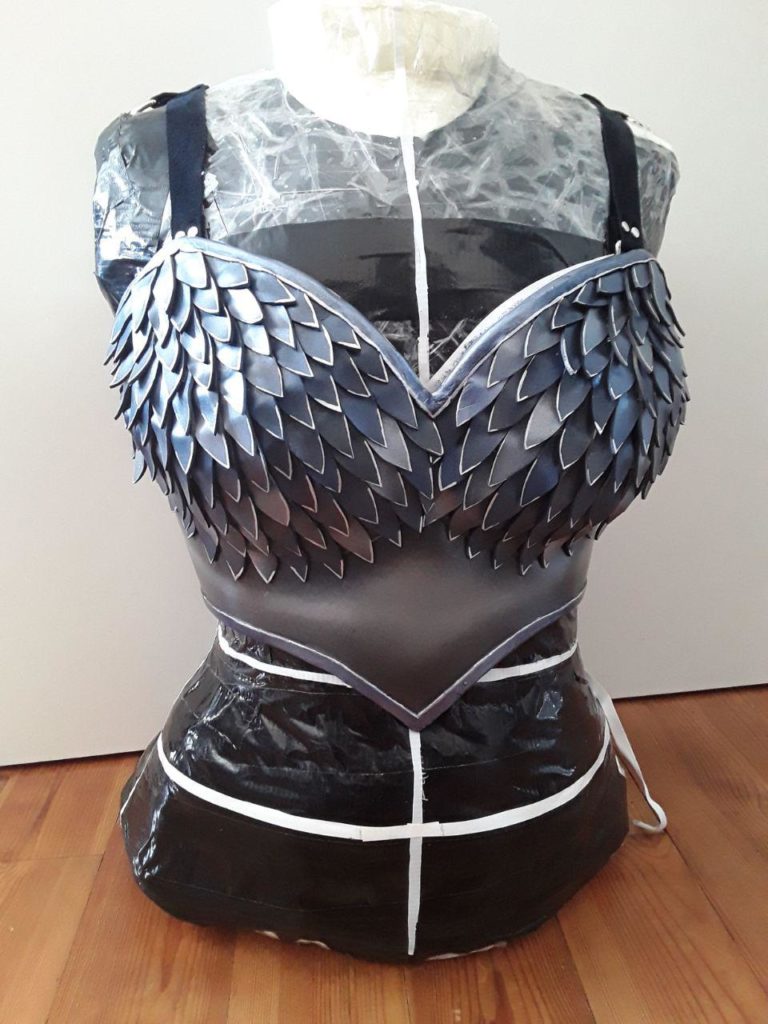 For the hot weather during summer conventions like GamesCom, I added another torso, that is lighter and does not cover the whole upper body. It is made from foam covered with black Worbla in the same colors like the rest of the armor. Therefore, all other pieces can be used with both bodice variants. While the shoulder armour connects to the shoulder straps, the armour parts below my hip line needed to get a separate belt to keep them in place. 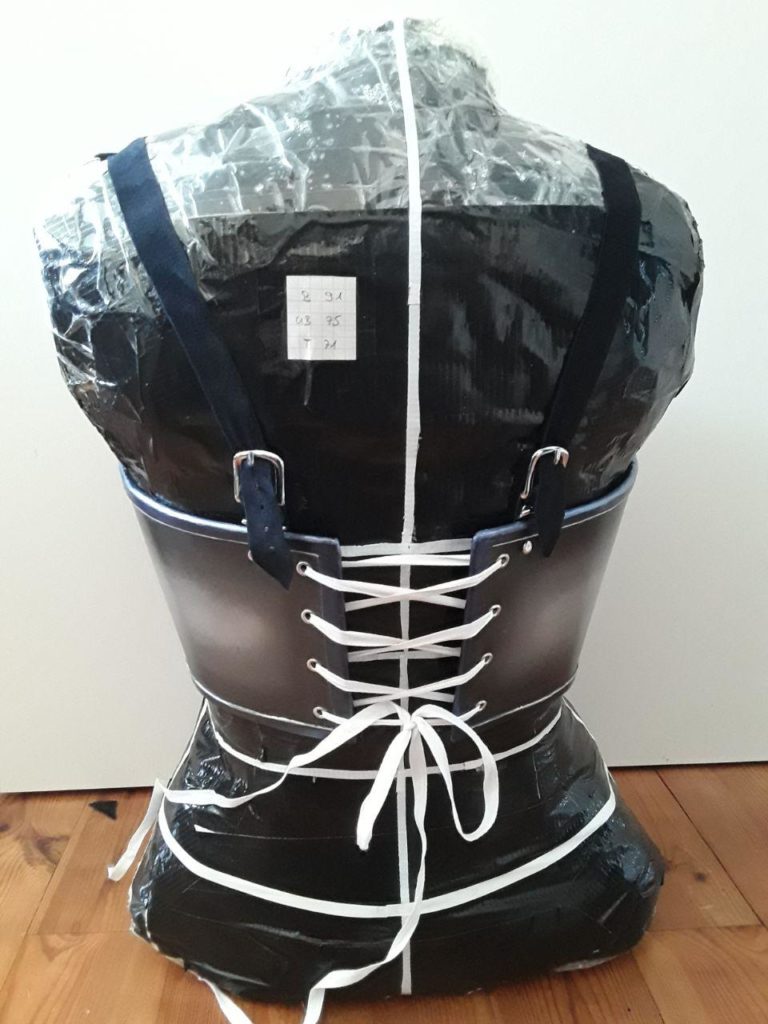 Back to the Making-of section

Have a look at the finished project here.