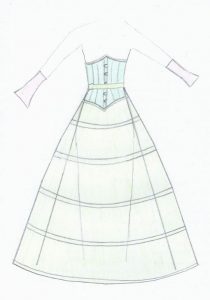 Padmes skirts are rather heavy, so I needed a hoop-petticoat to make them look like in the movie. Kay-Dee suggested a Farthingale, which sounds quite logical, so I made one.

A Farthingale looks like modern hoop-petticoats worn underneath bridal dresses. It has not the same appearance like a crinoline or the underpinnings oft he 18th century, so I needed a new one. You can find German sewing instructions here. If you do not speak German at all, it should be possible to construct it by using the photos. 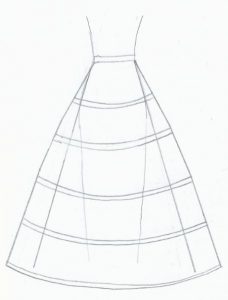 I made mine of blue taffetta. It has a circumfence of 118inch and reaches tot he ground to give enough support tot he heavy skirts worn with the outfit. I used 14.2 yards of 0.24 inch wide steel on six levels. The boning channels are made of cotton tape, so is the waistband. 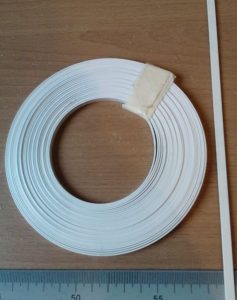 When I finished the farthingale, I did not really like ist appearance. It was not wide enough at the top, so I had to take in some inches. This turned out tob e quite difficult, because the boning was still inside the boning channels. This is already included in the farthingale pattern. 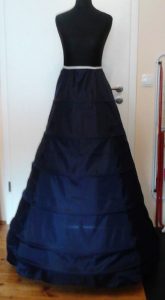 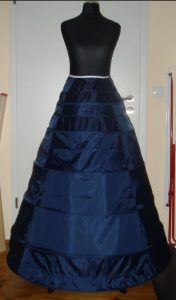 It is closed with a zipper and an additional pair of hooks and eyes. 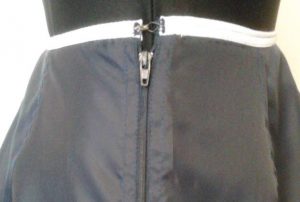 Update: After two years, the measurements did not fit me any more. I had to widen the waistband. Therefore, I simply opened it at two points and unfolded the pieces of fabric.

Since the satin-like fabric would not react well to taking it apart from the waistband, I had to fix it the ugly way by adding two pieces on top of the old one. 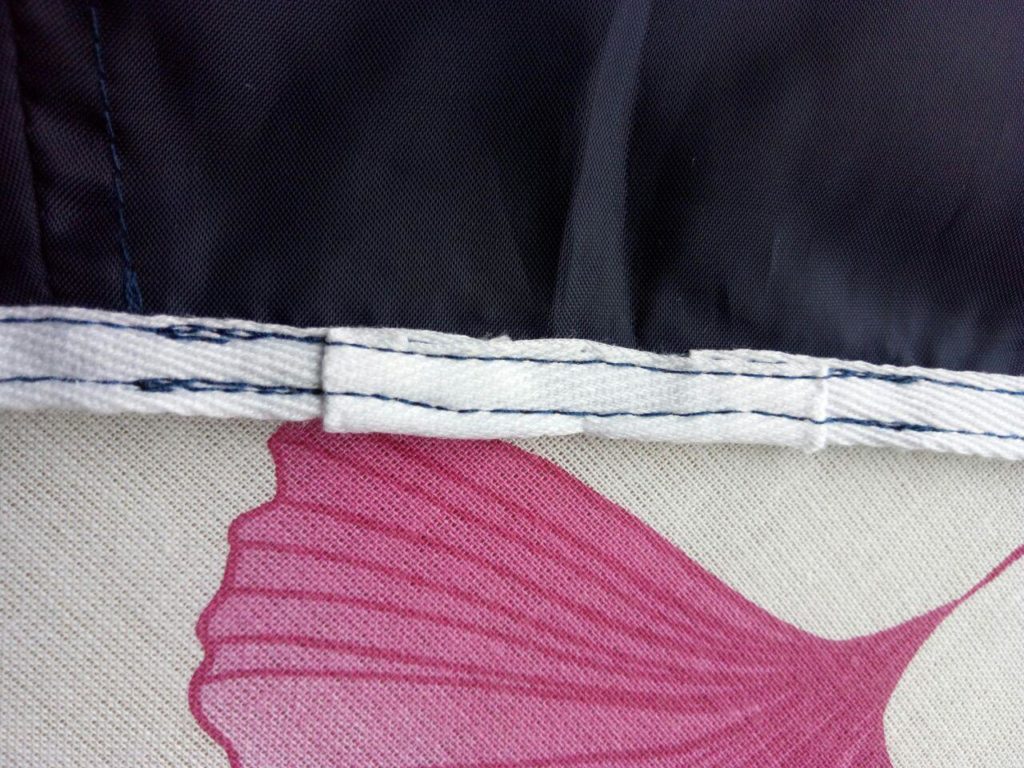 The amount of fabric sewn into the skirts would be rather heavy in the end, so I did not want them to cut into my waist. As a result, I decided to make a corset. At the same time, I can be sure to fit in the dress when gaining some weight, too. Both corsets I made are based on the instructions for the 1890 riding corset shown in „Stays and Corsets: Historical Patterns Translated for the Modern Body“. The military corset turned out to be a little bit too wide, so I made the next one smaller. 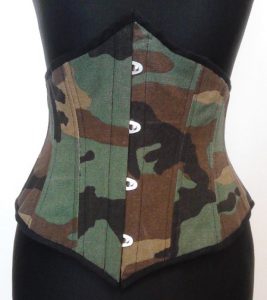 Each oft he two layers contains 14 pieces. It can be closed in front with a special corset closure Ihad to shorten  and laced in the back with seven pairs of metal eyelets. It should be a test version of the real corset. 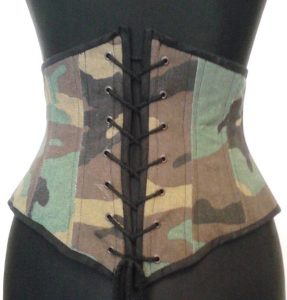 In contrast to my corset, Kay-Dee made stays, that were used at the same time the Farthingale was fasionable. However, stays create a rather flat appearance, which cannot be seen in the movie, in my opinion.

After I finished the first corsets, I realized it was a bit wide. Therfore, I draw the pattern a second time. I suggest my fabric is a bit stretchy under pressure. 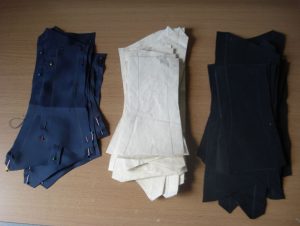 The new corset is made of three layers: The inner fabric is a heavy cotton fabric, the middle part is made of white heavy cotton, and the outer layer ist he same used fort he Farthingale. I treated the middle and outer layer as one. Therefore, I had to sew the blue fabric not directly at the border of the white, so it had more width. 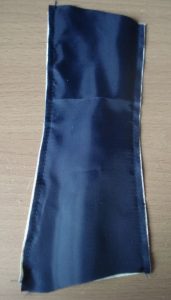 The closure had to be shortened again. In addition, I used black tape fort he borders. The corset needed about three yards of boning to get ist shape. 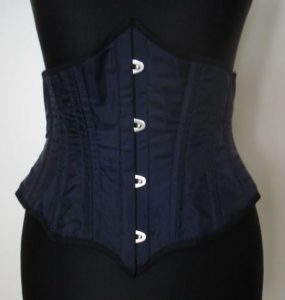 In the back, it is laced with eight pairs of metal eyelets. The middle ones are closer together. 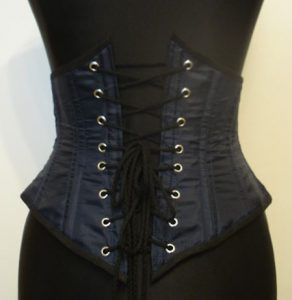 Back to the Senate Main Page