Inspired by our trip to the Tuscany this summer, I wanted to sew a dress based on Italian Renaissance robes. Instead of doing it in a historically accurate manner, I decided to focus on the elements I liked of the various styles of the 15th and 16th century and combined them, while using the sewing machine. 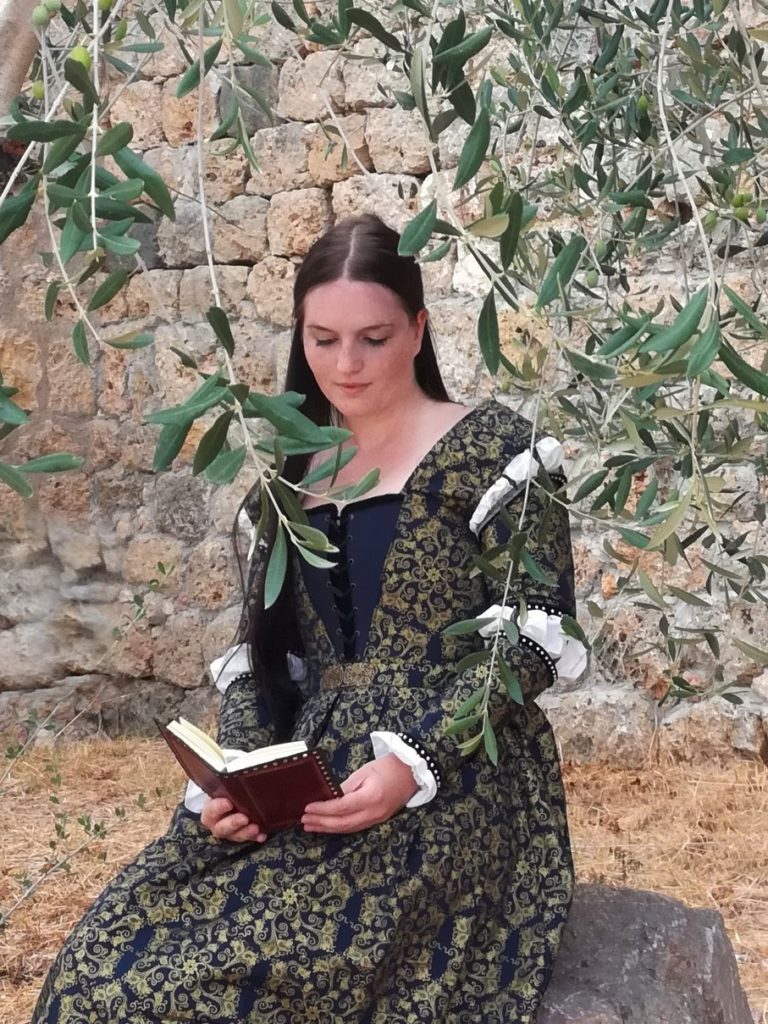 The photos were taken at Monteriggioni, which is not only known for its medieval charme, but also because of the game Assassin’s Creed 2. Ezio, the main character, flees to the small town when escaping Florence. 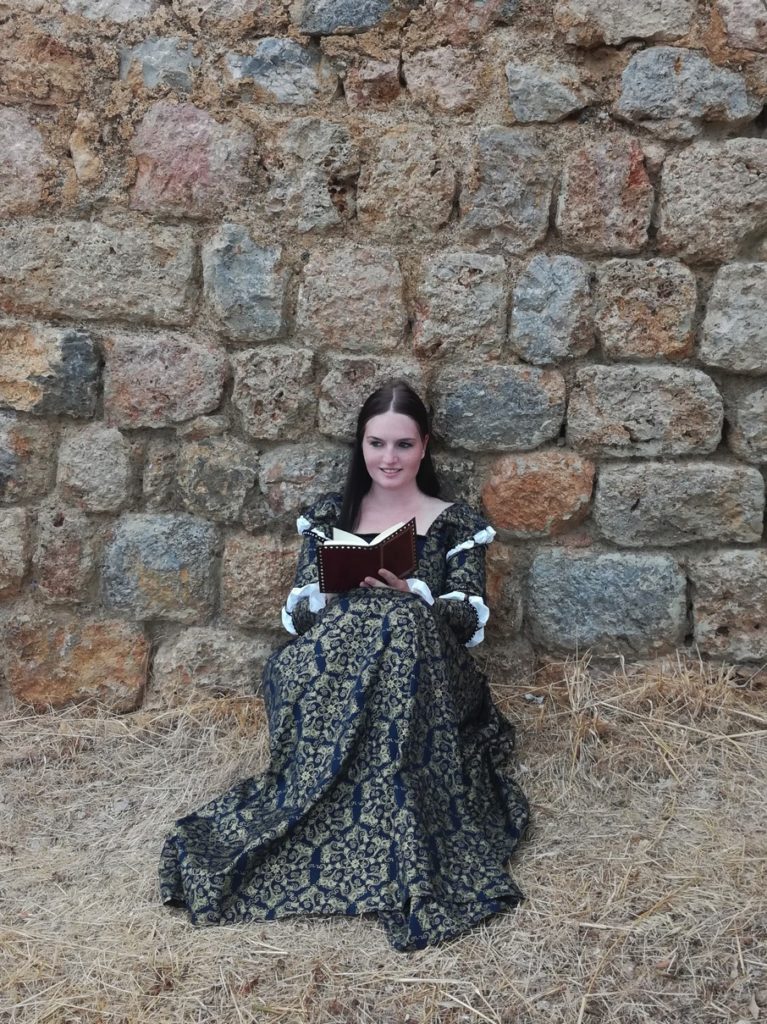 Since my fabric did not arrive in time, I had to change my plans. However, I am very happy on how the second sketch turned out. The main dress is made of cotton. In addition, small pieces of blue silk, black velvet and some pearls were sewn to it. 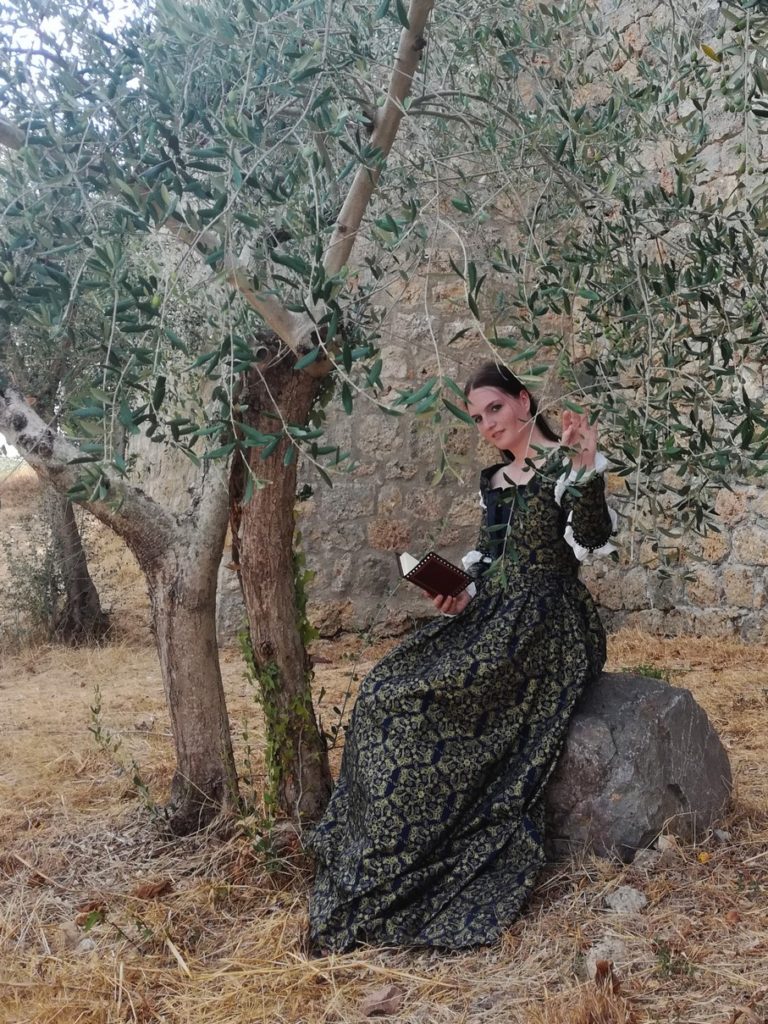 Instead of sewing several layers, I decided to combine them in one dress, so that I can simply change clothes for the photoshooting. Therefore, the dress is closed by lacing it up at the front and using some hooks and eyes on the side of the skirt. 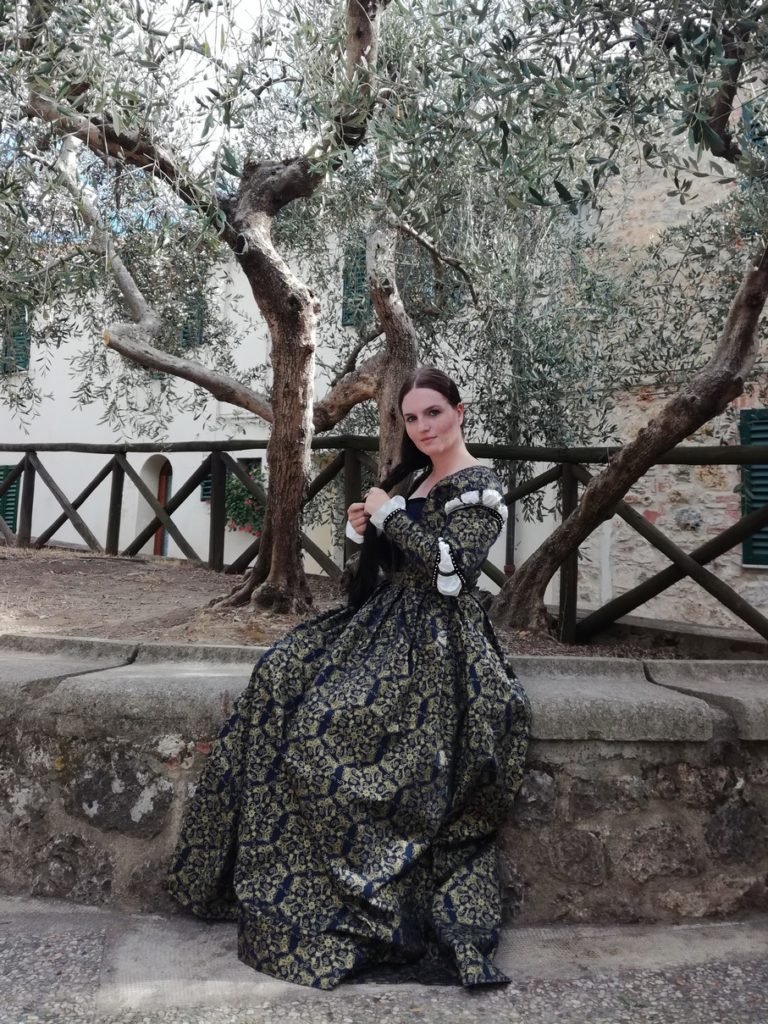 This is not my only Assassin’s Creed Cosplay: Kassandra and Elise de la Serre have also been portayed by me.

In Other Historical Dresses