After I have been searching for a good style to wear on Medieval markets, I finally decided to choose the Viking Age in Scandinavia. More important than the clothing was the cultural background: Although I do not want to write an essay on the details, I just want to say that women had more rights than their christian sisters in the rest of Europe. In addition, we started to do sword-fighting in a viking-themed group, and now have the chance to travel to some events with people we met there. As a result, I had to sew clothing for my boyfriend and me, since our old ones did not meet my new standards I want. 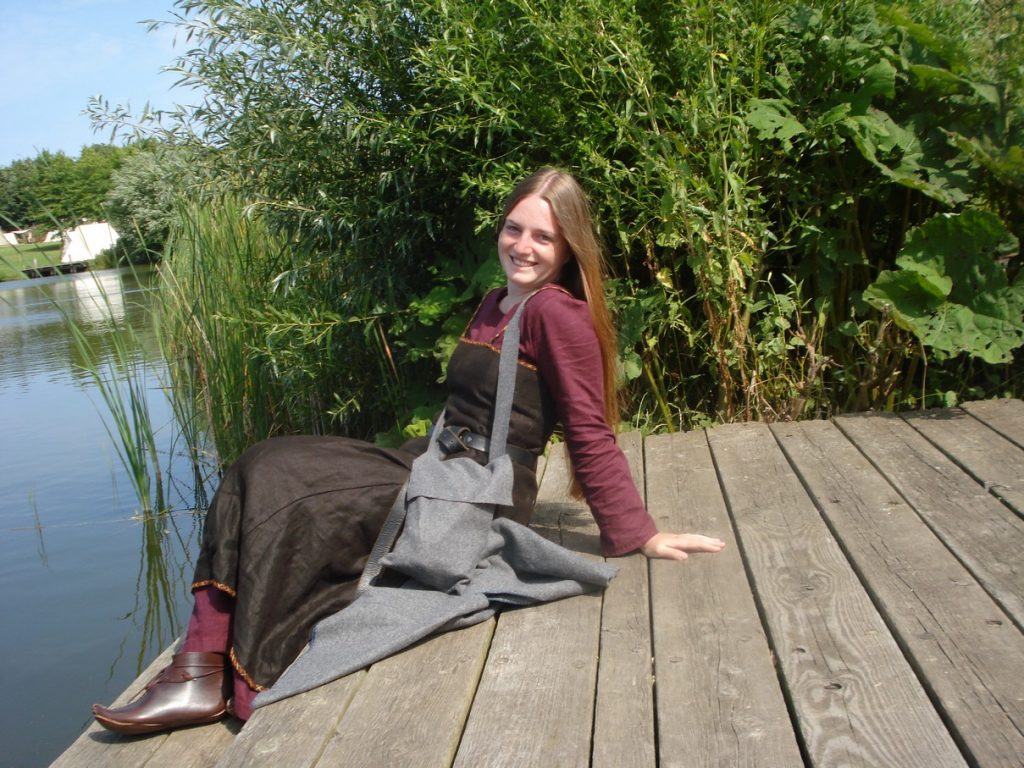 I got most of our information from the excavation essays of Haithabu. However, only small parts of clothing remain, so that I had to interpret a lot in order to create a sewing pattern. The female outfit consists of an underdress of red linen and an over dress made of brown linen with an interesting pattern woven in. It is called hanging dress and was worn by the free viking women.

I did all the sewing by hand with linen sewing thread. In addition, I created some small embroidery with woolen thread that was dyed with natural substances and sold at a medieval market.

The male viking outfit mainly consists of trousers and a tunic. Both are made of linen. The trousers are very wide and made of the same material like my dress. At the lower part, they are bound by linen pieces of fabric. I did all the sewing by hand, too. In addition, he wears a small cape called “gugel” in German, which he already had before and was not made by me. The shoes are made by my boyfriend: 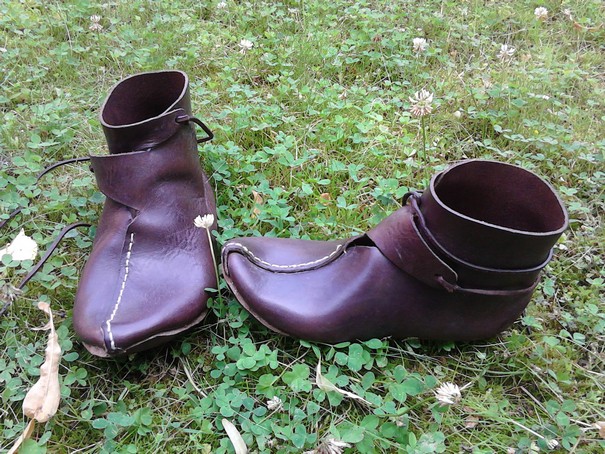 The photos near the castle were taken by a good friend of us, Noa, who can be seen on the last photo. 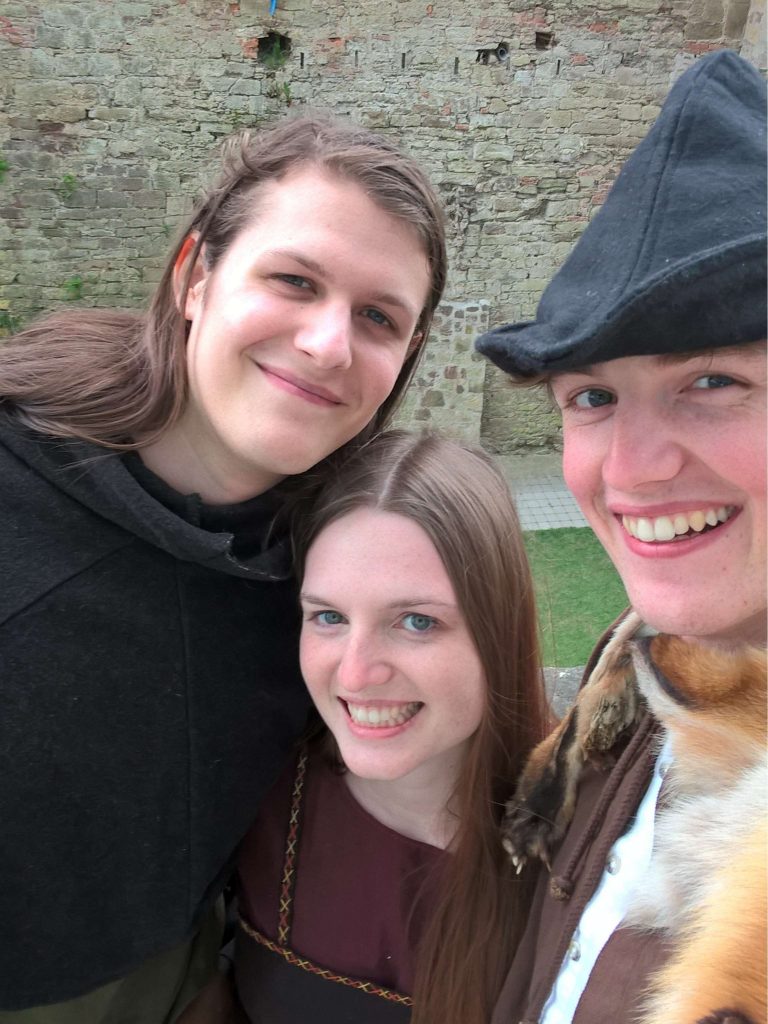 In Allgemein, Other Historical Dresses