This project was inspired by a photo of Dagmar of Denmark 1866, later Tsaritza of Russia. It shows some typical elements of the late crinoline era, for example the low neckline of the ball bodices and the elliptical hoop. However, I wanted to change some things, for example the basic color of the skirt.
Since I only have clothing for the earlier crinoline era, I had to build the basic layers as well. To construct the hoop, I tried to follow “Period Costume for Stage & Screen: Patterns for Women’s Dress, 1800-1909”. However, I could not work with the instructions given, because it was not the form I wanted to archieve. So I had to try to construct it myself, which took a whole week and about 18-22 yards of steel. In addition, I wear my 1860s-style chemise and a corset. 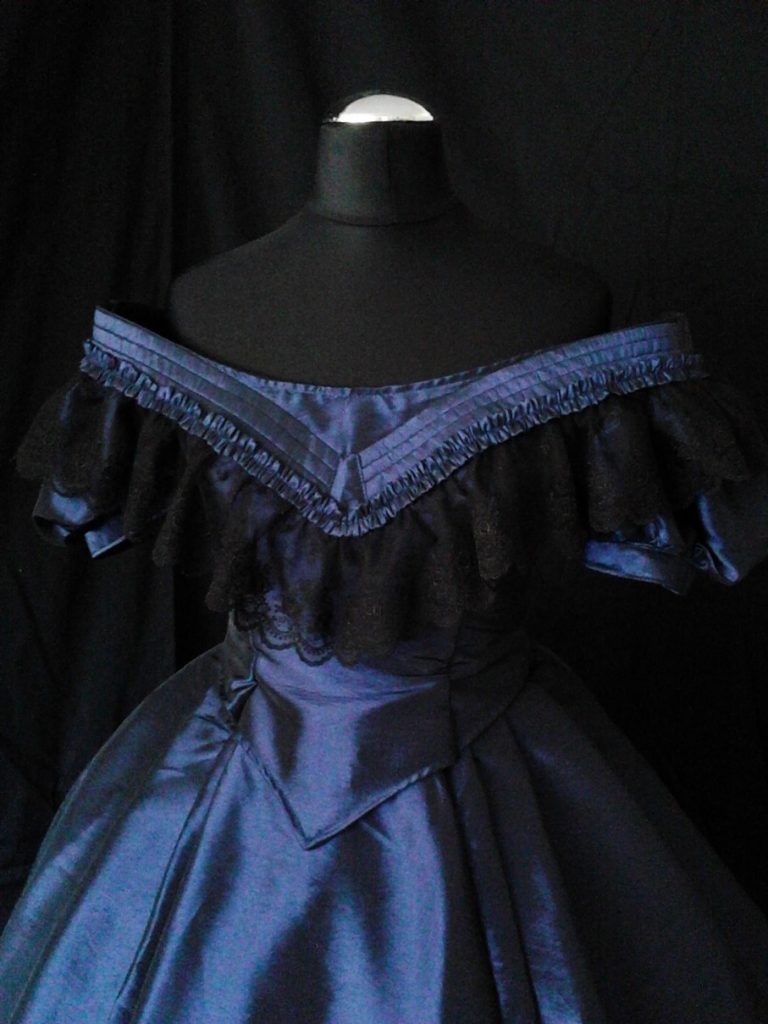 The second layer is a skirt consisting of several parts narrowing in the upper part instead of creating tons of small pleats. I used about 5 1/2 yards of taffeta instead of silk, because it is washable and less expensive. Sometimes I think I should have used silk because of the hours of work. I changed the bodice even more than the skirt, combining several photos of Dagmar. You can see the result above. I’d like to thank Glücksgrille for taking the photo of me.