Here you can see the third jacket based on both the Outlander Series and a jacket depicted in “Costume close-up”, of which I used the pattern (only changing the with of the sleeves). In fact, this was the first one of all three I did. I wanted to use leftover fabric only, and came up with some woolen fabric for the outer part and a cotton-linen mixture for the inner layer. With linen thread and the historical accurate instructions given in the book I decided to sew the jacket by hand. In addition, I created some simple embroidery with pale and green cotton thread on both the jacket and the stomacher. Since I did not want to do the button holes for the lacing, the jacket is closed with needles. In addition to the upper part, I needed a dark skirt. In a “last-minute all-day sewing session” I made this one consisting of two withs of black linen sewn by hand with linen thread. Furthermore, I used even the last pieces of fabric to make mitts based on an original pair depicted in the same book and added blue and white embroidery. On the photo, I wear it with one of my straw hats. 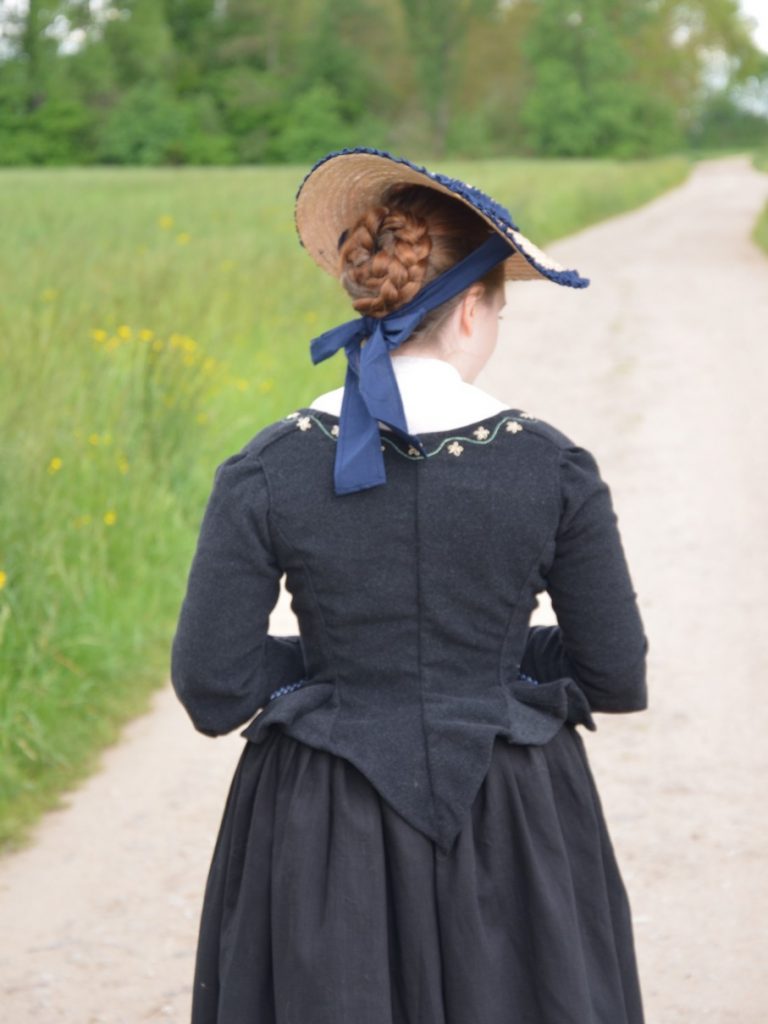 The underpinnings are the same for all three outfits, so I will simply copy and paste this passage. Therefore, you can skip to the next one, if you already read it. The first one is a shift made of linen and sewn by hand with linen thread. I used the designs given in “Costume close-up” and “Fitting and Proper” as a basic and changed them to my size. Next, I wear Stays based on Diderots pattern. A bumroll is the next layer, followed by a simple under-petticoat like the one shown in “Fitting and Proper”. In contrast to the series, I wear a kerchief all time, which is made of thin cotton. Like the under-petticoat, it was sewn by hand with linen thread. I hope to create a page for the rococo underpinnings  some time in the future. In the meantime, there will be no photos. 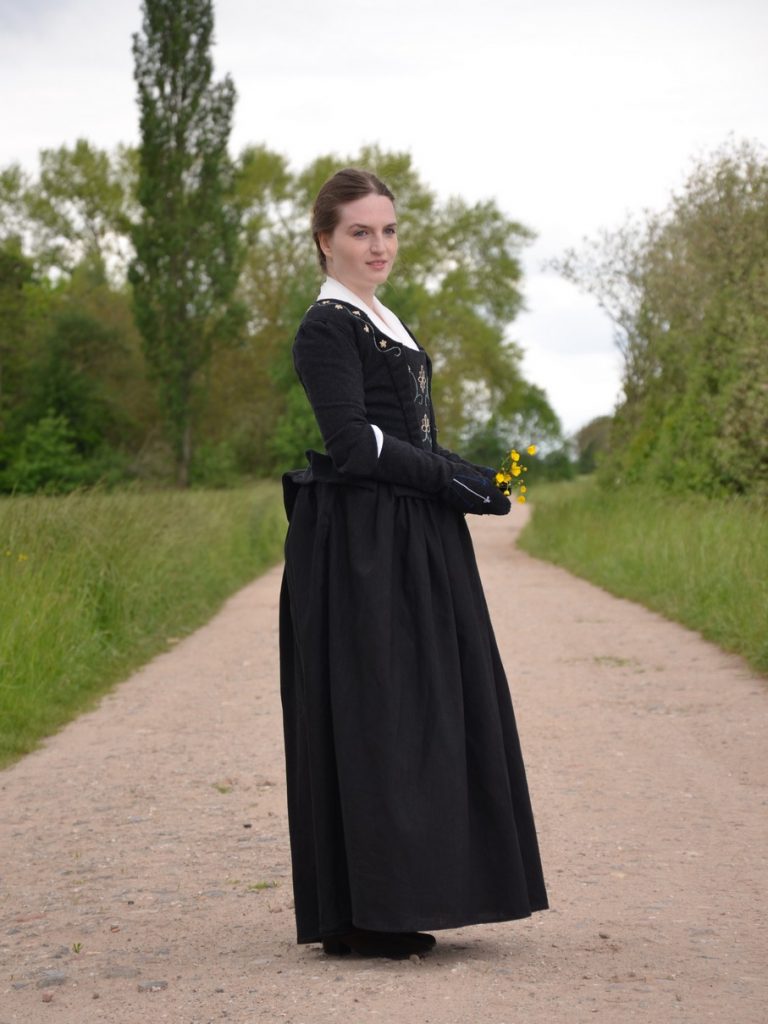