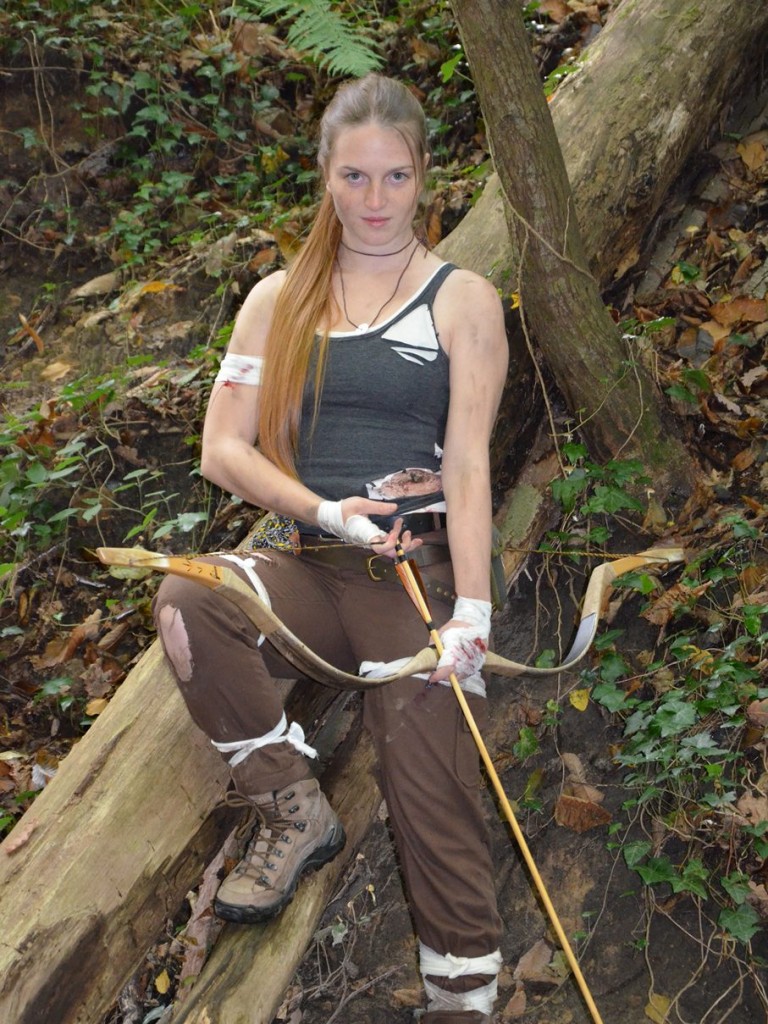 I always liked Lara Croft’s Outfits, both in the video games and in the two movies, although I never played one of the games in the past. In the Steam Summer Sale 2014, I finally purchased four of them for a very low price and started with Tomb Raider, which is chronologically the first one. 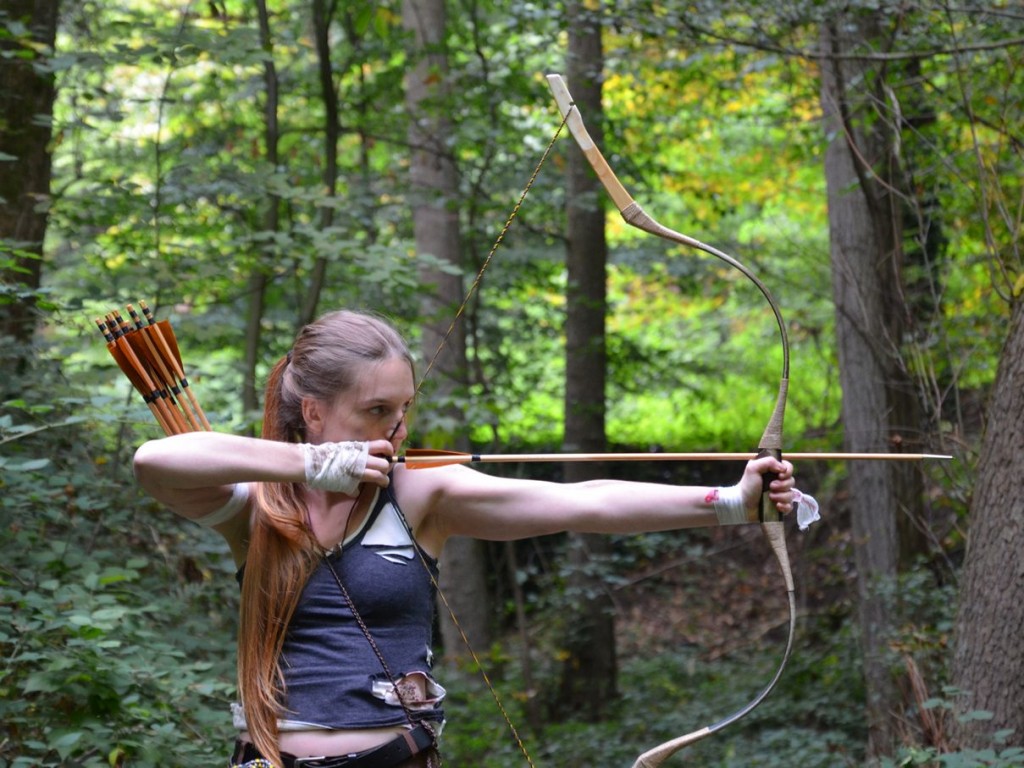 I was not only surprised by the stunning story and the wonderful graphic, but as well by the very simple and good looking costume of Lara Croft. After some hours of playing, I decided I want to make this as a cosplay. 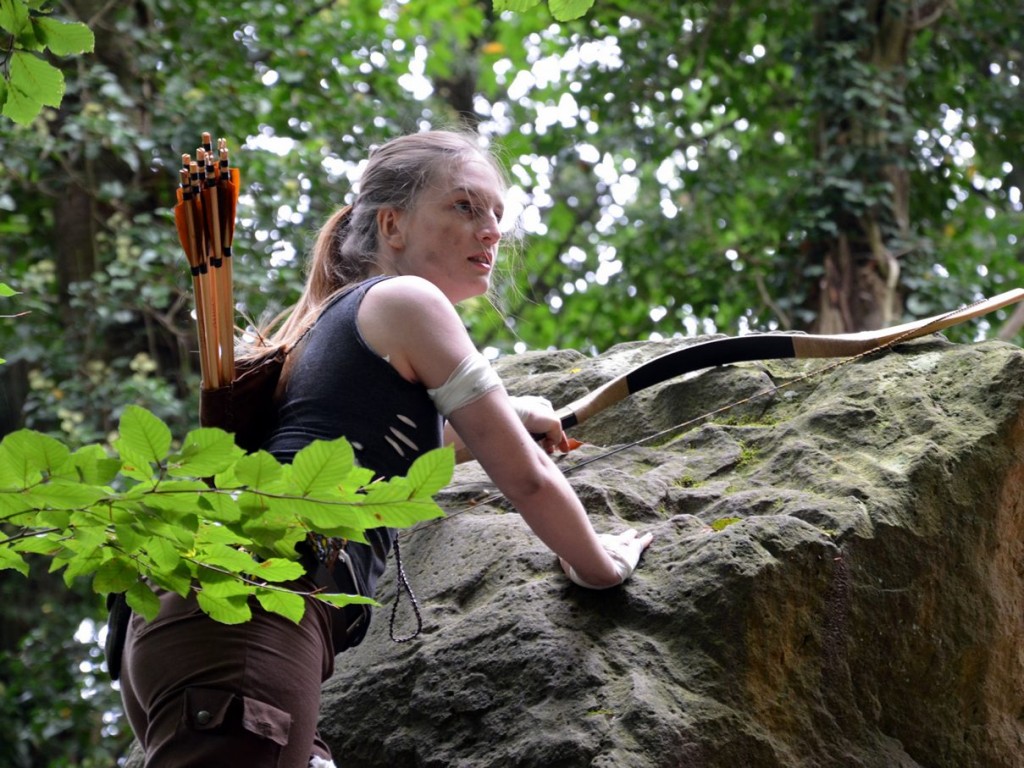 Although I searched for simple brown trousers, that would look similar to those Lara wears, I could not find any. Finally, I ordered fabric to make it myself. I made some dozens of screenshots to get the right look. For the used look, I used two stones. 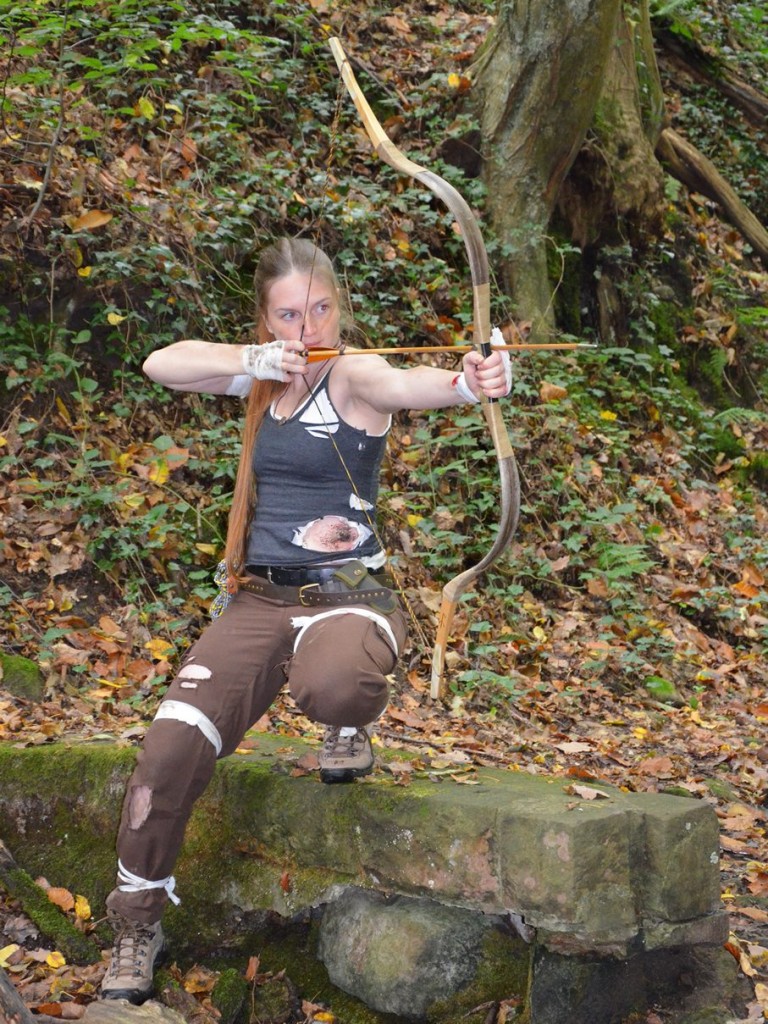 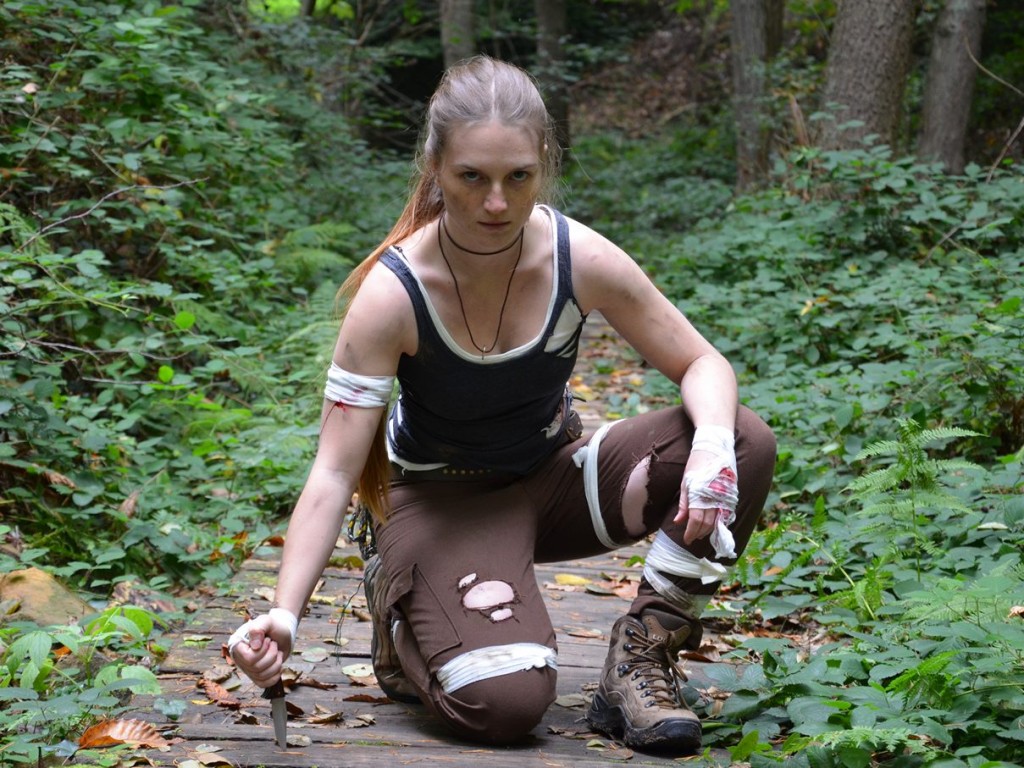 The top is made of two layers of white and grey Jersey. I did not like the Stretch-Stitch, so I was very happy when I finished both. Then I realized, that they were too small, due to the fact that the fabric used in the top, that I used to make the pattern, stretched in a different way. Since nobody would see the under layer, I added two small pieces into the side seams. In the upper layer, I only added one, because I knew the cutting would make it more flexible. Now, it’s quite well-fitting. I used my screenshots to achieve a similar design of cutting.