Succubi are mythological creatures. They appear in Witcher 3 as young women with horns. I created this as a cosplay of one particular succubus living on Skellige. She does not appear as a sexualized character, but wants to live in peace in the wilderness. My interpretation has nothing to do with the overly sexualized succubi that appear in other games or art in general. 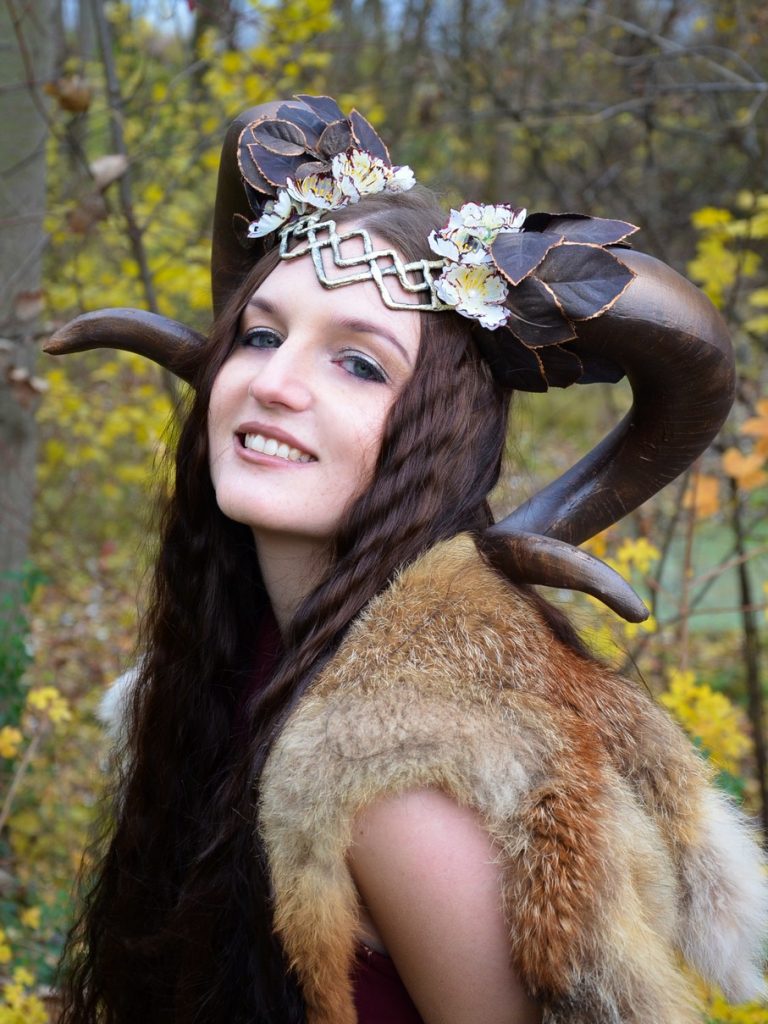 For example, one of the Succubi lives on Skellige Islands in a cave decorated with flowers. Furthermore, she is said to seduce young man. However, she argues, she does not want them to follow her and uses magic to send them away. 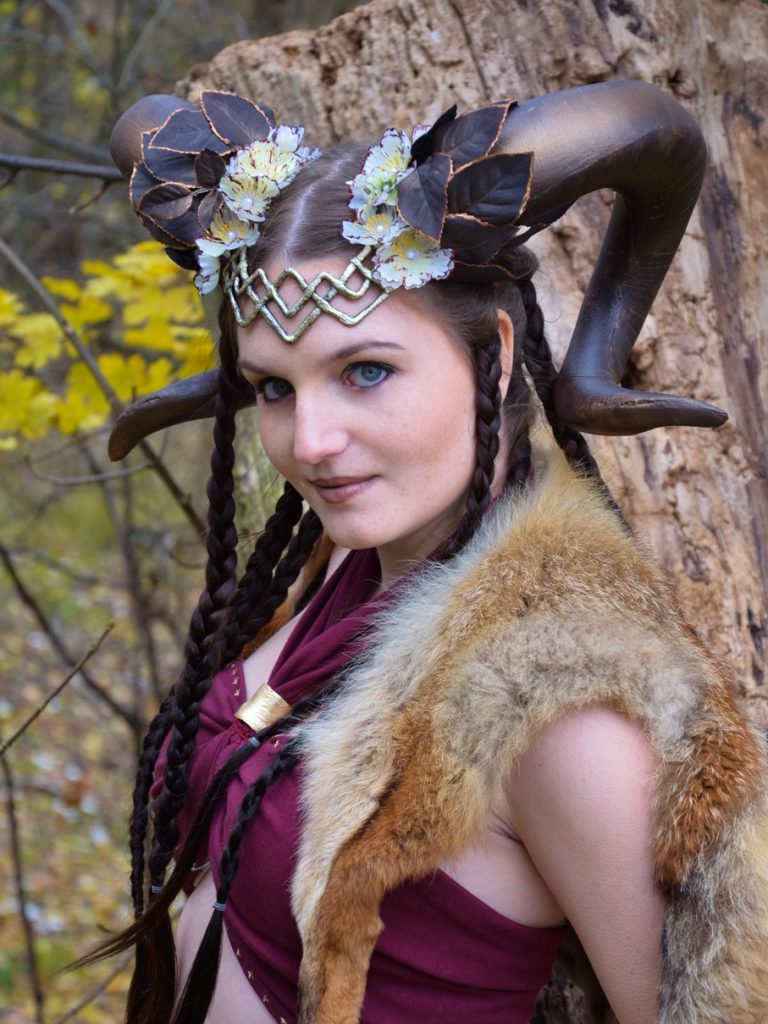 My Succubus Cosplay contains a top and a skirt, which are both made of red Jersey and painted with golden dye by hand. 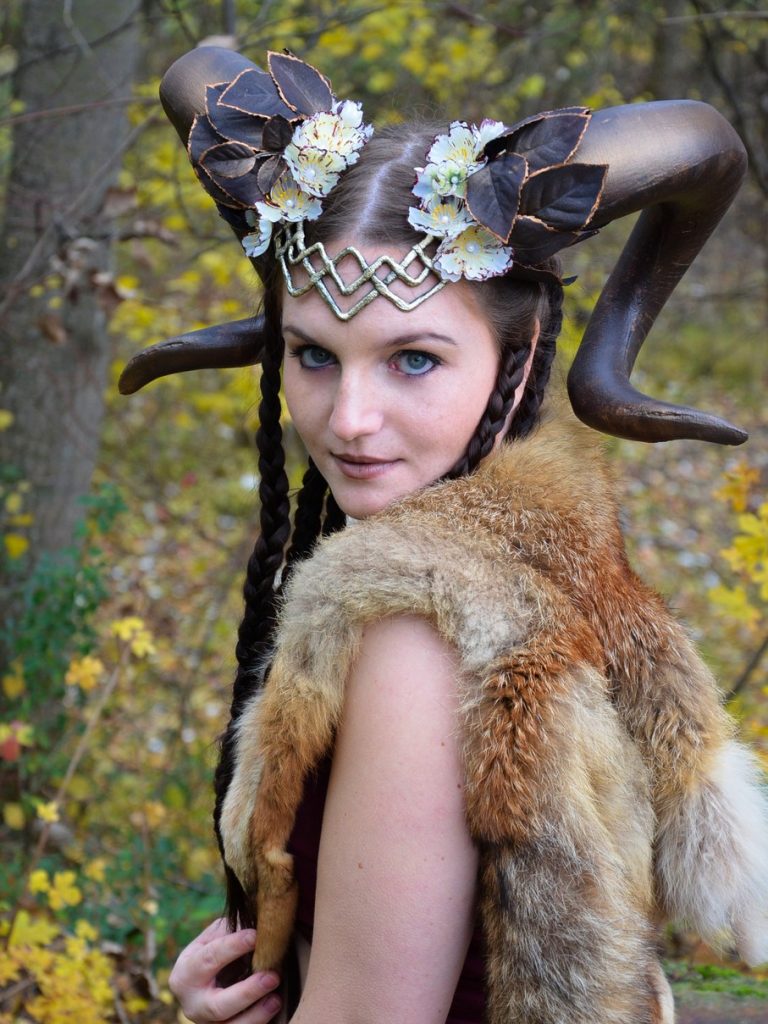 Some months ago, I discovered the Evil Ted Channel on YouTube and followed his instructions to create Ram Horns. In addition, I buyed his pattern and made it a bit smaller. The horns were made of 5mm foam, primed and painted in several layers. Afterwards, I attached them to a crown made of leftover Worbla. 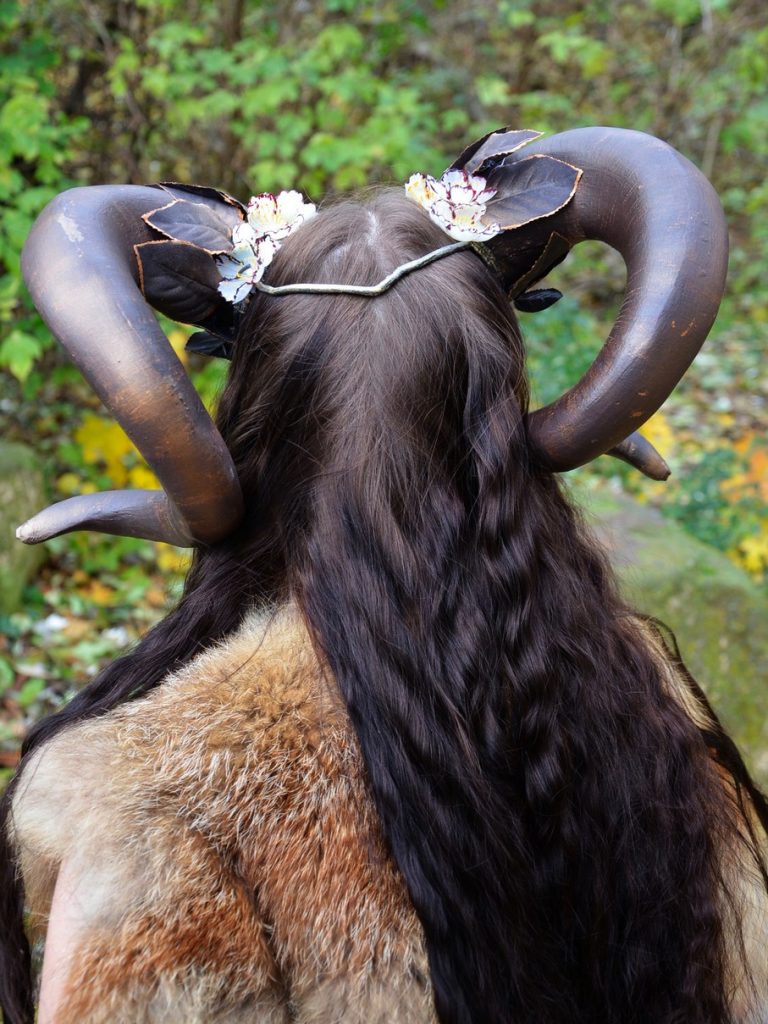 To complete the headpiece, I used some white flowers, added pearls and some red acrylic paint. The same procedure was used for the leaves. They were glued to the headpiece. Due to this materials, the whole thing is very lightweight.

Thanks to Silke Berg for taking this wonderful photos!