Freya is first introduced in the newest part of the game series „God of War“, where she is simply called witch by the main character. Her outfit shows her deep magic power and the years of living in the forest all alone. In contrast to this, she still wears a bow and sword, reminding the player of another time, when she was a fighter and more powerful. 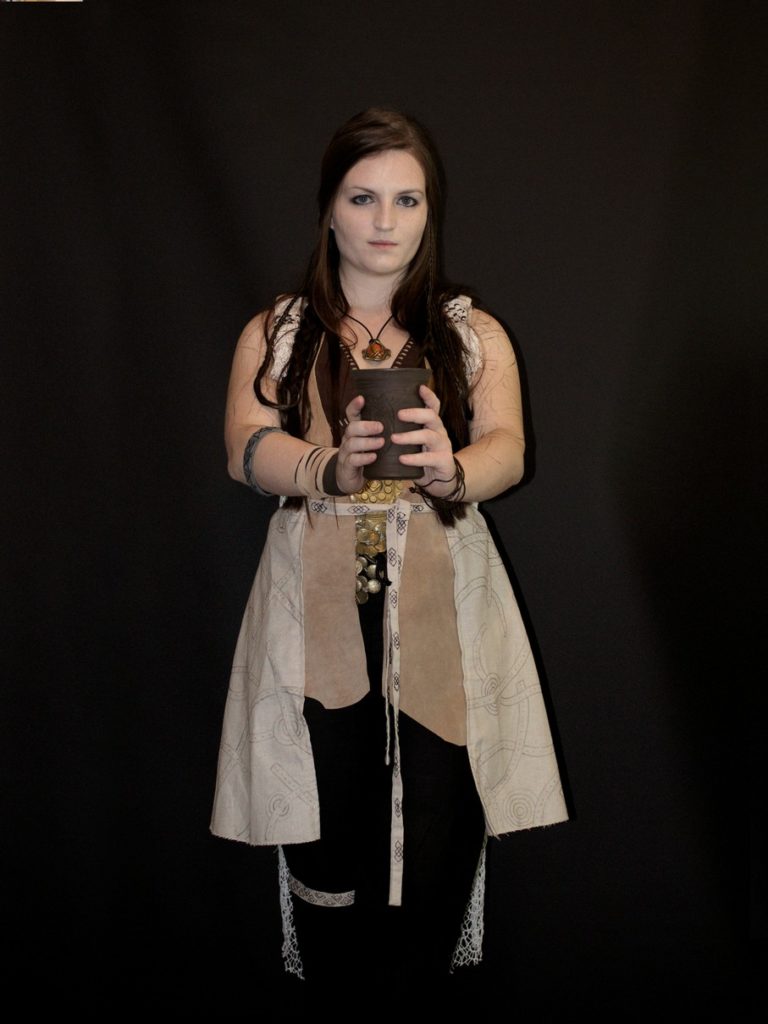 Therefore, her clothing a mixture of both aspects, as explained in the official „God of War“ Cosplay guide, which was very helpful for me when planning the cosplay. 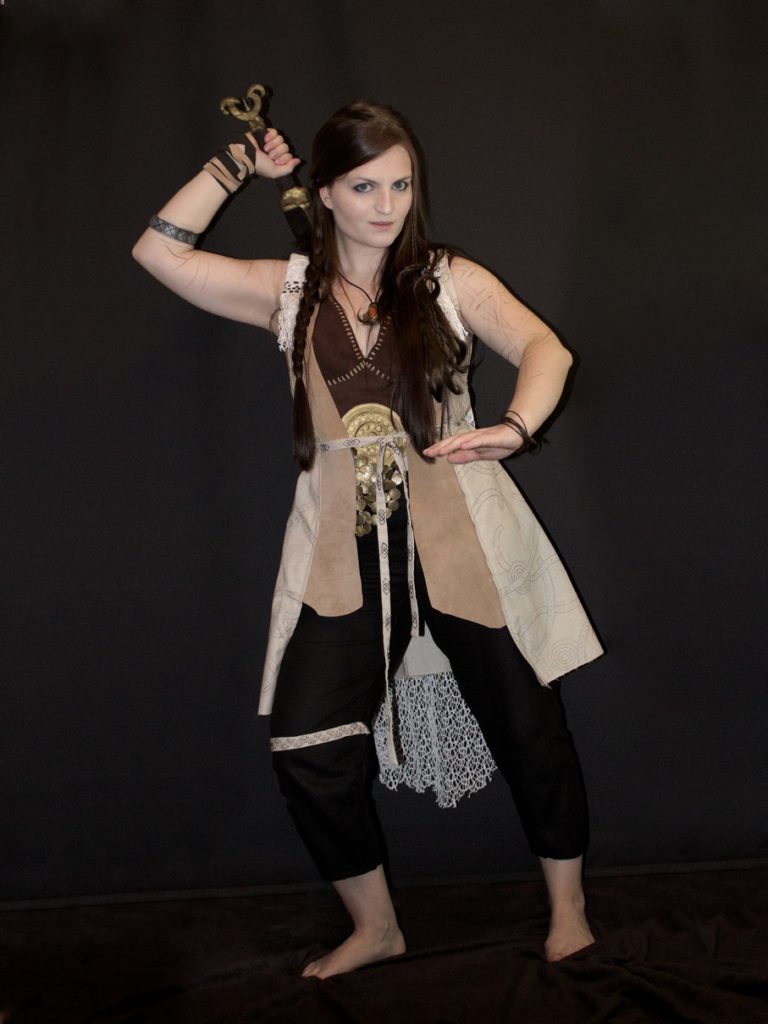 Since I wanted this to be a low budget project, I only purchased the coins, a scarf and some clip-in extensions that could be styled before a convention to minimize preparation time in the morning of the event. All other materials were leftover pieces from older projects, for example black linen trousers and the light material I used for her vest by painting on ornaments. Instead of making a second layer, I simply sewed the leather parts to the upper one. 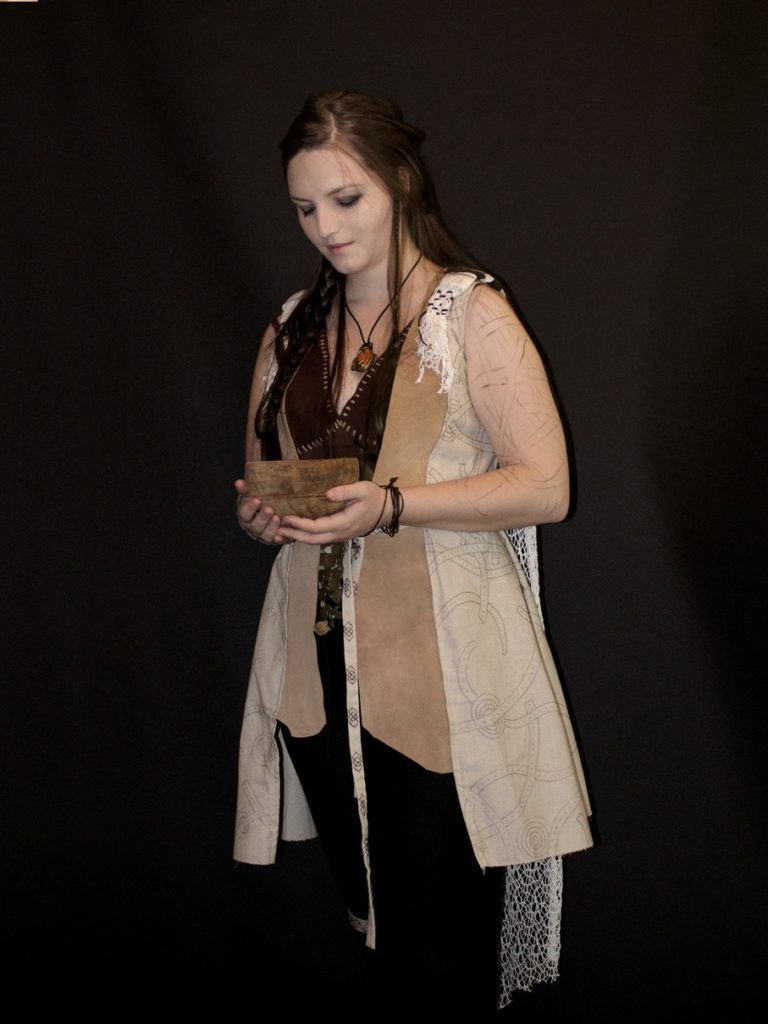 Another sort of leather was used for the top and decorated with leather strips. In order to make it comfortable and stretchy, I used black jersey in the back. Furthermore, I used a belt embroidered by me to hold everything together. The scarf was used to create Freya’s cape. I could also use some foam, Worbla and paint leftovers to create the big buckle and her jewelry. In contrast to these small pieces, the sword was very difficult to make. I did take some photos during the making-of process.