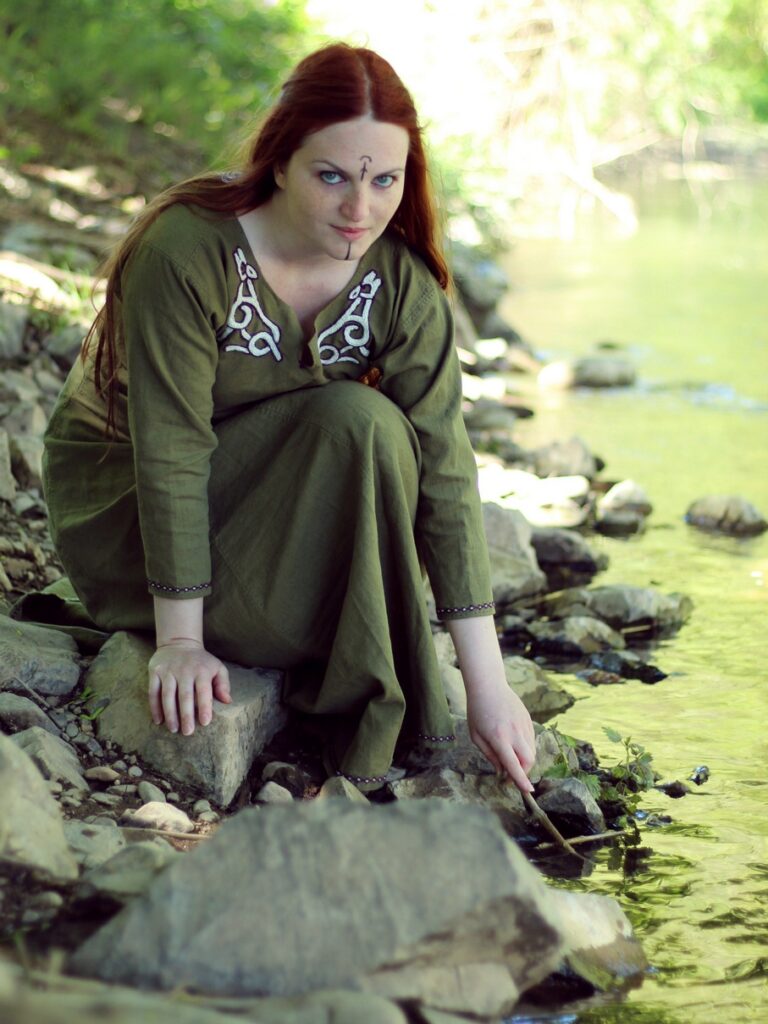 During our time in Sweden, I had a lot of time for sewing and decorating this dress. In addition, Dalarna is a wonderful place for finding crafting material, such as wool, embroidery yarn and linen thread in various color.

The dress itself is cut in a simple shape and made of linen. Everything was sewn by hand with linen thread. Due to the wide neckline, I can simply slip in, no closure needed. Four gores were inserted for the width.

I used woolen thread to create an embroidery in the style of two wolves. You can also spot some simple patterns on the hem and the sleeves. Due to the choice of fabric, this dress is meant for summer.

The general setting and make-up was inspired by the character Skade from the series Last Kingdom.

Thanks to Nils for taing the photos.