Elizabeth Swann wears this simple dress underneath the plum robe she gets from Captain Barbossa in the first Pirates of the Caribbean. Therefore, you can only see it after she leaves the upper layer on the ship and swims to the Rum Island. It is rather simple, only containing some seams and visible stitching on the front and the sleeves. Since I could not find a fabric matching the pattern she wears, I decided to go with simple cotton instead.

Maybe some of you already read about my old Plum Pirate Gown. In fact, I already sewed this underdress parallel to this project, but never had any chance to wear it. So I found it when sewing the second Plum Pirate Gown and wanted to make it more interesting, which means I added some acrylic paint with my airbrush in order to make it look as dirty as it is when Elizabeth starts the fire to alert the Royal Navy. 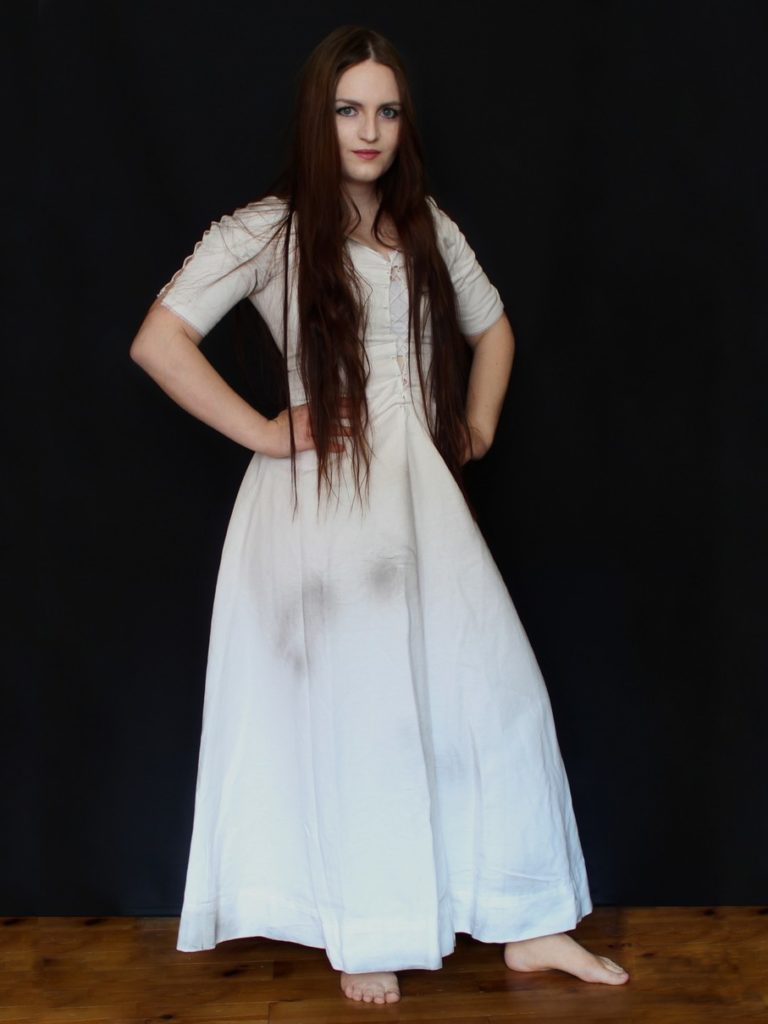