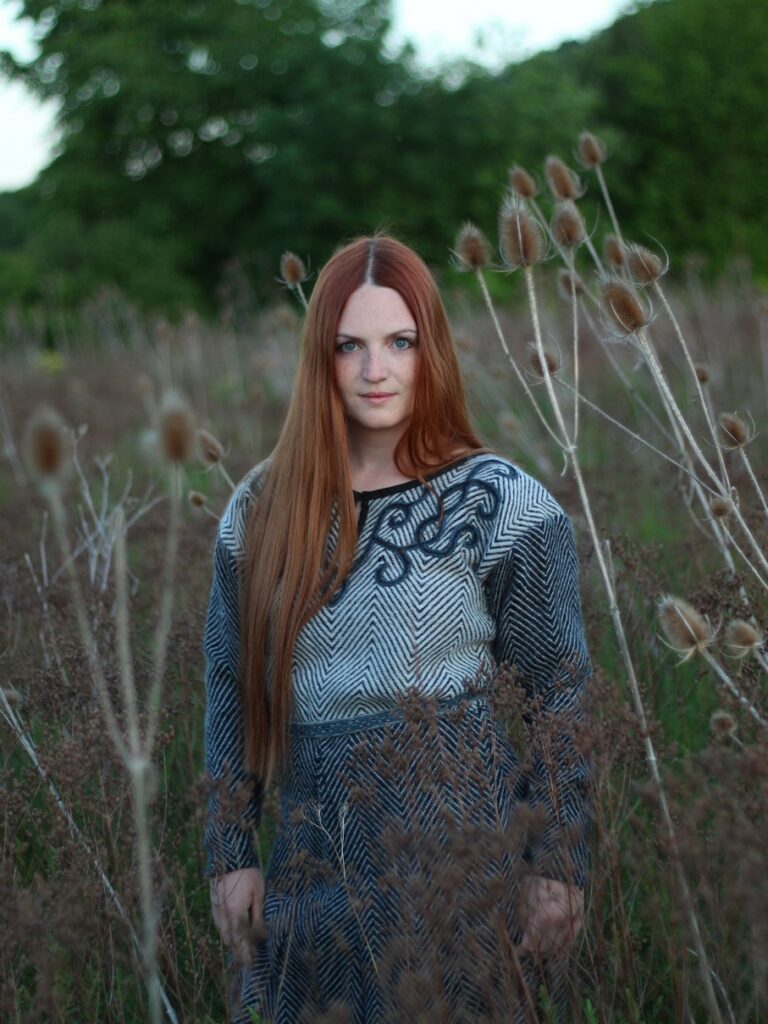 During my time at Sweden, and after I finished the green linen dress I already presented, I ordered a plaid from Ikea of Sweden and made a dress out of the fabric measuring 150x200cm. It consists of 100% wool and is structured in big patterns, which made it difficult to cut and sew the dress. This could be made easier when I added a linen layer to the top of the dress. In addition, the embroidery is made of 100% wool as well. I would also like to highlight the tablet-woven trimmings in different widths.

By the way, the white and dark fabric represents the two sides of the plaid. Inga Hägg mentions a cut of the simple dress pattern at the waist in her book about the Haithabu textiles from 2015. Therefore, I used my own imagination and added the contrast to the design, as well as the embroidery. However, the dress is based on my normal medieval dress pattern. Thanks to Nils for taking the photos.